Life imposes her laws; life blocks the way; life’s behind the fern; life’s the tyrant; oh, but not the bully!

07 Jun Life imposes her laws; life blocks the way; life’s behind the fern; life’s the tyrant; oh, but not the bully!

Life imposes her laws; life blocks the way; life’s behind the fern; life’s the tyrant; oh, but not the bully!

No, for I assure you I come willingly; I come wooed by Heaven knows what compulsion across ferns and cruets, table splashed and bottles smeared. I come irresistibly to lodge myself somewhere on the firm flesh, in the robust spine, wherever I can penetrate or find foothold on the person, in the soul, of Moggridge the man. The enormous stability of the fabric; the spine tough as whalebone, straight as oaktree; the ribs radiating branches; the flesh taut tarpaulin; the red hollows; the suck and regurgitation of the heart; while from above meat falls in brown cubes and beer gushes to be churned to blood again-and so we reach the eyes. Behind the aspidistra they see something: black, white, dismal; now the plate again; behind the aspidistra they see elderly woman; “Marsh’s sister, Hilda’s more my sort;” the tablecloth now. “Marsh would know what’s wrong with Morrises. ” talk that over; cheese has come; the plate again; turn it round-the enormous fingers; now the woman opposite. “Marsh’s sister-not a bit like Marsh; wretched, elderly female. You should feed your hens. God’s truth, what’s set her twitching? Not what I said? Dear, dear, dear! these elderly women. Dear, dear!”

“Dear, dear, dear!” How beautiful the sound is! like the knock of a mallet on seasoned timber, like the throb of the heart of an ancient whaler when the seas press thick and the green is clouded. “Dear, dear!” what a passing bell for the souls of the fretful to soothe them and solace them, lap them in linen, saying, “So long. Good luck to you!” and then, “What’s your pleasure?” for though Moggridge would pluck his rose for her, that’s done, that’s over. Now what’s the next thing? “Madam, you’ll miss your train,” for they don’t linger.

That’s the man’s way; that’s the sound that reverberates; that’s St. Paul’s and the motor-omnibuses. But we’re brushing the crumbs off. Oh, Moggridge, you won’t stay? You must be off? Are you driving through Eastbourne this afternoon in one of those little carriages? Are you man who’s walled up in green cardboard boxes, and sometimes has the blinds down, and sometimes sits so solemn staring like a sphinx, and always there’s a look of the sepulchral, something of the undertaker, the coffin, and the dusk about horse and driver? Do tell me-but the doors slammed. We shall never meet again. Moggridge, farewell!

Right up to the top of the house

Yes, yes, I’m coming. One moment I’ll linger. How the mud goes round in the mind- what a swirl these monsters leave, the waters rocking, the weeds waving and green here, black there, striking to the sand, till by degrees the atoms reassemble, the deposit sifts itself, and again through the eyes one sees clear and still, and there comes to the lips some prayer for the departed, some obsequy for the souls of those one nods to, the people one never meets again.

There must be Moggridge-life’s fault 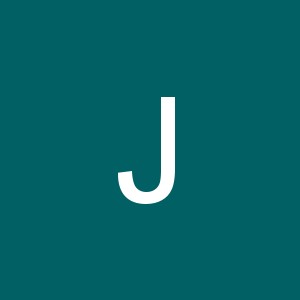 ever. Well, Minnie-“I can face it no longer.” If she said that-(Let me look at her. She is brushing the eggshell into deep declivities). She said it certainly, leaning against the wall of the bedroom, and plucking at the little balls which edge the claret-coloured curtain. But when the self speaks to the self, who is speaking?-the entombed soul, the spirit driven in, in, in to the central catacomb; the self that took the veil and left the world-a coward perhaps, yet somehow beautiful, as it flits with its lantern restlessly up and down the dark corridors. “I can bear it no longer,” her spirit says. “That man at lunch-Hilda-the children.” Oh, heavens, her sob! It’s the spirit wailing its destiny, the spirit driven hither, thither, lodging on the diminishing carpets- meagre footholds-shrunken shreds of all the vanishing universe-love, life, faith, husband, children, I know not what splendours and pageantries glimpsed in girlhood. “Not for me-not for me.”